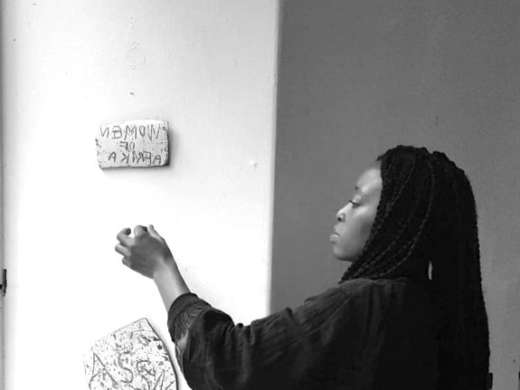 Ranti Bam currently lives and works between London and Lagos. She received an MA from The CASS where her thesis was entitled ‘How can art help man understand his inseparability from his environment?’ aka 'A dialogue between the known and the experienced'. The research allowed her to make tangible her love of Eastern philosophy, etymology and clay. After extensive travelling, including a two-year pause in Greece, she was accepted onto the renowned City Lit ceramics degree course. Bam has maintained a consistent and dedicated studio practice since graduating in 2015.